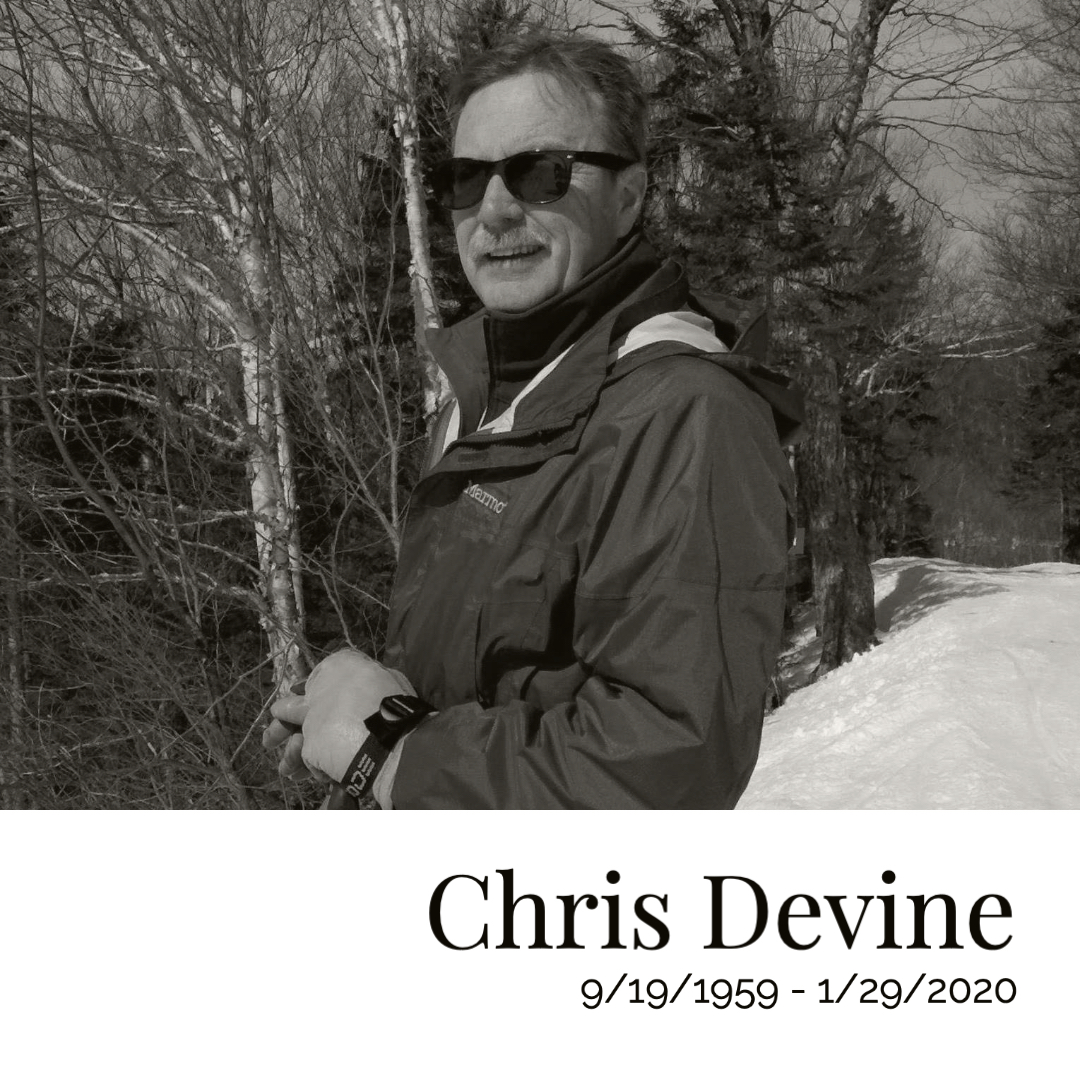 Christopher Patrick Devine, of Holderness, passed away with his family by his side on January 29th following a battle with cancer.

He was born in Manhattan on September 19, 1959, and grew up in New City, NY with his parents, sister and extended family. After high school, Chris lived in Arizona, Massachusetts and then finally settled in Holderness, New Hampshire with his wife and children.

Chris earned a degree from the University of Arizona in Geosciences and had a career in Environmental Services starting with environmental consulting firms, Geraghty & Miller and Leggett Brashears & Graham, both of Massachusetts until moving his family to Holderness to serve as the Executive Director of the Squam Lakes Association. Following a productive career at the SLA, Chris moved to Maine where he was the Executive Director of the Rangeley Lakes Heritage Trust until he retired.

Chris also served as a Selectmen for the Town of Holderness and was in the class of 2006 for Leadership New Hampshire. He served on many boards including the New Hampshire Lakes Association, Rangeley Chamber of Commerce, and Speare Memorial Hospital.

As an avid golfer, skier and fisherman, he enjoyed time on the golf course as well as on the ski slopes, and Squam Lake - a place he loved and worked to preserve. Among his hobbies were scuba diving and riding his vintage motorcycle, and sailing. He was a mentor to many through his positions at the SLA and RLCT, and conservation was at the core of his work. While in Rangeley he developed a love of curling and founded the Rangeley Lakes Curling Club.

Chris is survived by his son Tyler of Holderness, daughter Samantha and her fiancé, Brandon Roy of Boston, their mother, Monique Robichaud-Devine, and his sister Dori Hillson of Avon by the Sea, New Jersey. He was predeceased by his mother, Sheila Stanczyk and his father, Charles Devine of New City, NY.

A celebration of his life will be planned for spring. In lieu of flowers, donations can be made to the Rangeley Lakes Curling Club. Chris started the club by pouring concrete in mixing bowls to create his very own curling stones. While the group rallied to raise money to purchase new stones since then, the camaraderie and spirit of the club has remained. The group now plays twice a week all winter long. Donations can be made by mail to Rangeley Lakes Curling Club, PO Box 845, Rangeley, ME 04970-0845 or by following this link.